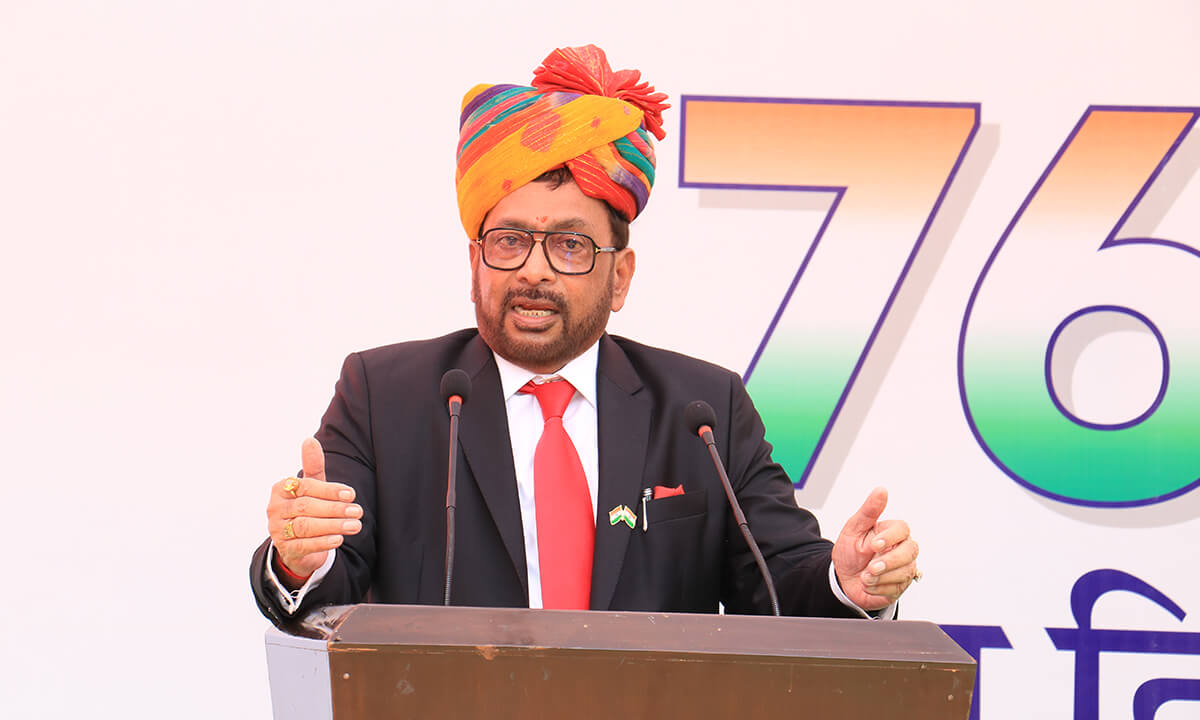 It is admirable that the Government of India decided to celebrate it as “Aazadi Ka Amrit Mahotsav” on the initiative of our Hon’ble Prime Minister, Mr. Narendra Modi. Under the Mahotsav, various programs and events were organized nationwide, and the freedom fighters were offered homage. These programs also honor the history of India, its diversity, culture, and the achievements of its people.

We at NIMS University celebrate Independence day every year. But this day was special as 15th August marked the 76th Independence day. On this auspicious day, we celebrated this day as a grand ceremony at NIMS University premises. The university campus was decorated with flowers, tri-colored stripes, and balloons. A large gathering of the university and school students were presented in the Sundervarn Garden at NIMS premises.

During the event, it was a proud moment to hoist the national flag, our Tiranga, and to salute it. When you salute the Indian flag and sing the national anthem, the feeling oozes out loudly in expression, and this situation can’t be described in words. I felt honored to receive a “Guard of Honor” from the NCC cadets and the security guard team during the event. The march-past and the step-up discipline were very attractive.

On this occasion, it was enthusiastic for me to interact with NIMSians, and tell them about the history of our freedom movement. It was good to recall how our freedom fighters conducted various activities, including the Revolt of 1857, Establishing the Indian National Congress in 1885, the Jallianwala Bagh Massacre, the Non-Cooperation Movement, the Dandi March of 1930, etc. Our national flag’s history was also encouraging and was shared with the audience. In addition, remembered our freedom fighters Mahatma Gandhi, Bhagat Singh, Netaji Subhash Chandra Bose, Sukhdevm, Lal-Bal-Pal, and Chandra Shekhar Azad, and the passion was transmitted into our blood vessels.

At the ceremony, the students of NIMS University and NIMS School enticed us with their beautiful performances. Their singing, dancing, actions, military feat, and daring stunts were terrific. The NCC cadets were also honored with the certificates. All these activities resonated the strings of patriotism in the heart. It is heartening to see our tricolor being unfurled with pride, honor, and glory in all the corners of India and worldwide by Indians. But we must work more and travel on the success path of “Aatmanirbhar Bharat.” With the best wishes, Jai Hind. 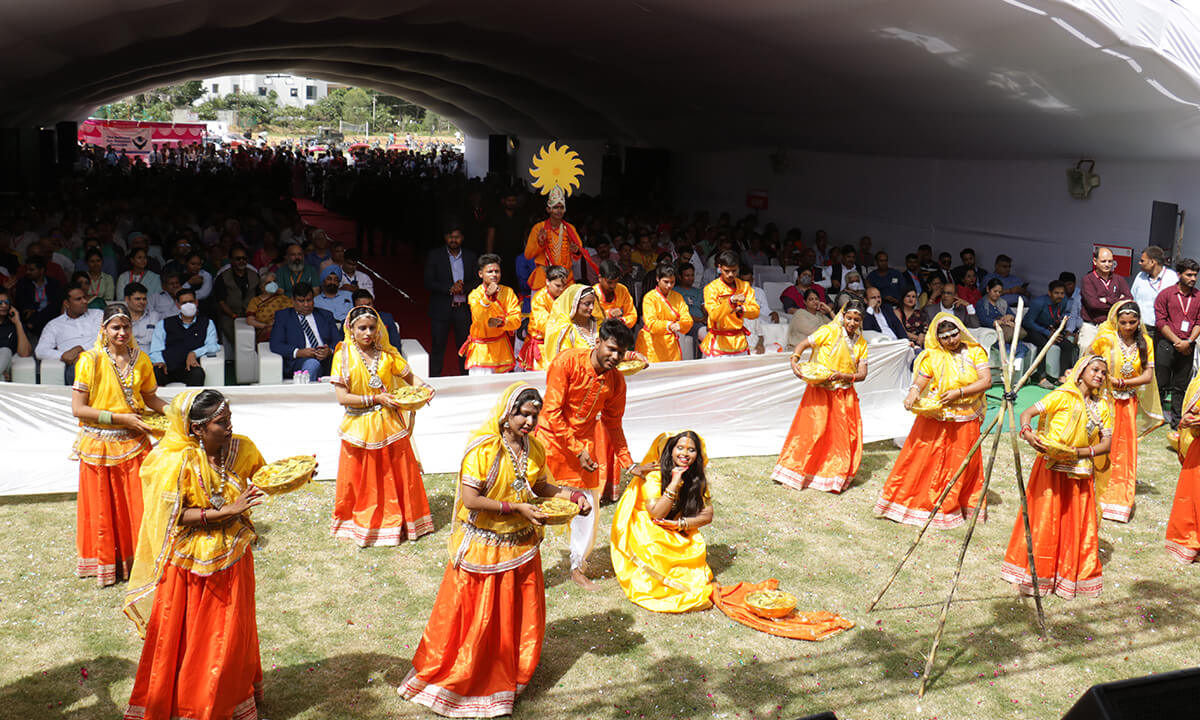 The NIMS University provides world-class education and left a lasting impression on India and internationally. It offers more than 400 Read more

The NIMS University providing world-class education has made a lasting impression in India and internationally. It offers more than 400 Read more

Renowned brains in LLM: The source to boosting young minds 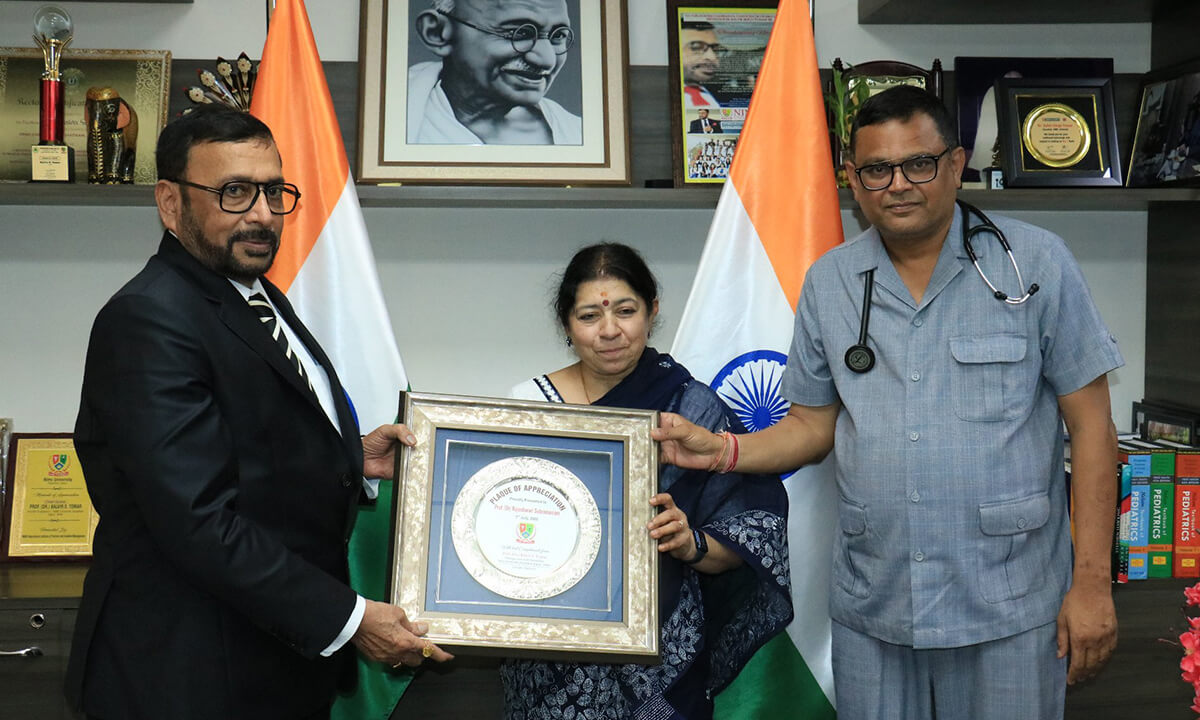 Upskilling of NIMSians. The great minds of medicine at NIMS University 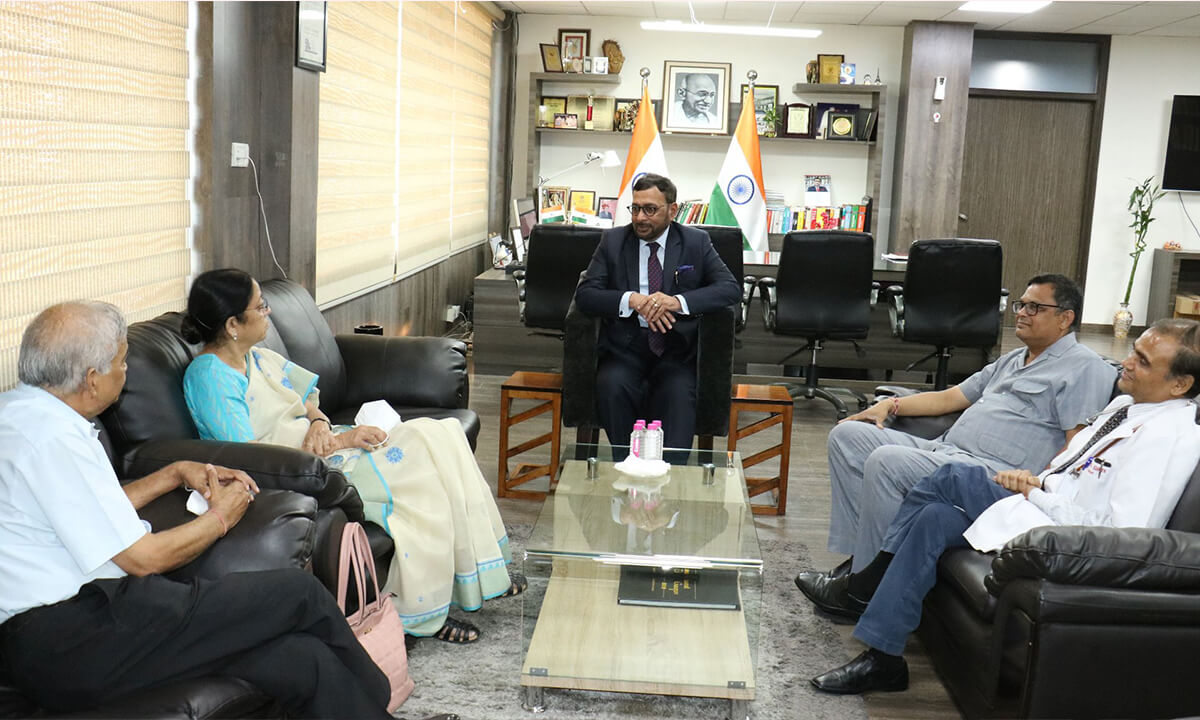 The NIMS University's world-class education has made a lasting impression in India and internationally. It offers more than 400 courses Read more

By nimsuniversityAugust 16, 2022Leave a Comment on Patriotism transmits passion into your blood vessels: Dr. BS Tomar

No comments to show.